I expected a troubled commercial history for the PC-60 due to the limited information about it, but I wanted to understand why and I’ve been researching the history of the PC-60 platform in Japan this last week.

My main source of information was the only related magazine I was able to find online in archive.org, IO Magazine. In every issue starting around page 200 there is an impressive amount of technical information about multiple platforms from that era as well as entire source code listings for software and games for these platforms.

Armed with a Japanese OCR solution and Google translate, I went through all issues from 1984 to 1986 and collected all PC-60 information and source code I was able to find.

Here are a few things I learned: 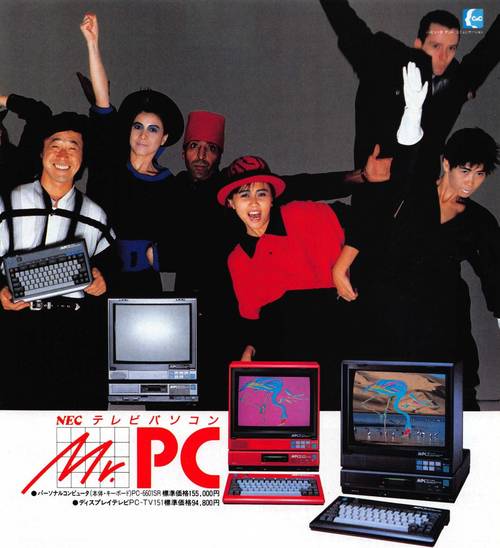 So no surprise there, the userbase was limited in Japan and only around 4 technical books were published about PC-60 SR, I found none of those online.

New Information about the platform

The amount of technical information I was able to find about the PC-60 platform is severely limited and exclusively in Japanese. I have not found a single dedicated detailed overview of the internals of the platform, just fragments here and there and a few books for PC-80 platform which I can only guess uses a similar BIOS. 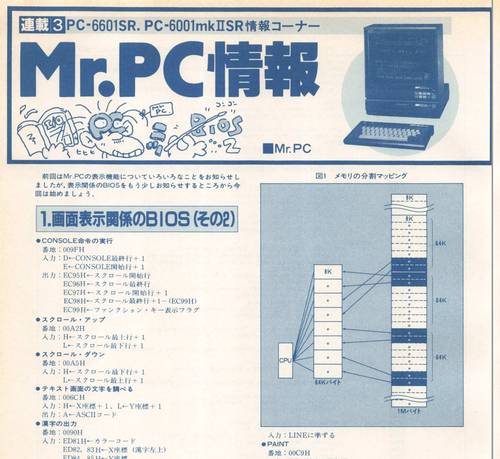 Another potential source of technical information I found was a conversion tool for PC-80 games to PC-60 that the Japanese PC-60 community developed. These are available online and they use assembly code commented in Japanese. Here’s Wizardry 1 conversion kit for example. I tested one of the conversions and the result tested the limits of the emulators, it was glitchy! but it used all SR features which makes it a good target for reverse-engineering.

The last and most direct source of internal technical info for N66 BASIC (excluding SR) is support for PC-6001 in the z88 development kit which includes a standard C library, graphics, floating-point math, joystick, PSG sound, and even a simple sprite library.

Therefore and in order not to reinvent the wheel, I decided to switch from SDCC to z88dk for my C pipeline and I am working on a build tool and vscode integration.

Once everything is working, I will start implementing support for SR and extending the z88 devkit to include more graphics features and FM chip access (Yamaha YM2203).