This paper discusses the principle techniques for character animation programming used in games and realtime applications in a fun and practical way. The techniques covered include:

The sample code for part 1 includes multiple projects each demonstrating a different aspect of character animation: 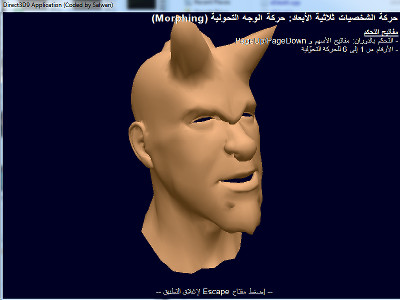 All sample projects are written using C/C++ and use Direct3D 9 for graphics.

Additionally, a tool used for exporting models from 3D Studio MAX to .X files is included. (used for the sample projects) and a demonstration video for Natural Motion technology as an example for procedural character animation advances.

The second part is code oriented and more practical. It explores and makes use of Cal3D, an opensource character animation library that supports most of the features discussed in part 1 to build practical applications that involve animating and rendering an imported animated character named “Vincent”.

All sample projects are written using C/C++ and use Direct3D 9 for graphics.