GoVolDot is out! Released it a few days ago after not doing anything with it for a few weeks.

I have this weird release hesitation sometimes, I think I’m worried to let a project go, let it fly out of the window into the wild harsh world.

GoVolDot was a very interesting experience despite its apparent simplicity. The goal I had for it besides that I always wanted to remake this game and actually play it, is to run a project through an entire production cycle in preparation for bigger things in the future.

My estimate for this project from beginnings to release was about 2 weeks. My actual total dev time was around 4 weeks of full time work.

While this is accurate for gamedev (2x estimated time). It still feels a little too much for a minimalist 2D shooter!

The project started quite organically so I threw together a large texture in affinity designer and used their sliced exports to spit out spritesheets per-object. However as the game scaled up to include more and more stuff, that simple process turned into a bit of a time-hole and produced many small sprite files sometimes a few pixels wide. I should have developed a better pipeline for that stuff. 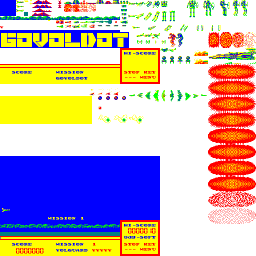 I spent a lot of time playing around with different ideas and directions. Attempted to re-mix Volguard’s music theme twice then gave up due to not really being any good at music lol.

Here I had this crazy idea to switch to 3D for intro, syncretize, and reinforcement sequences: 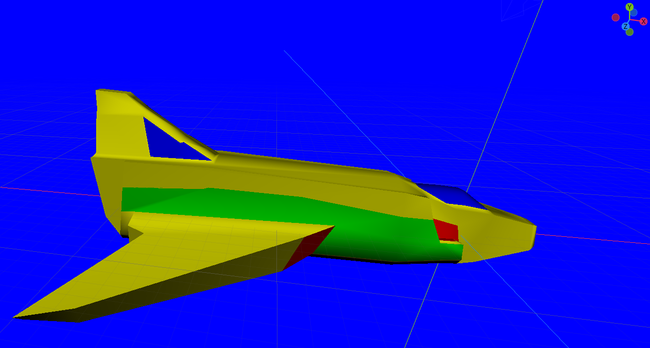 And here is a taste of that awful remix I mentioned, you’ve been warned:

I got the feeling just right! the game is not 100% one-to-one to the original Volguard but it’s close enough - I’d say around 75% accurate.

There are a few bugs here and there but nothing major I’m aware of. All in all, it’s a playable game and one that I can replay myself and still be challenged and have some fun 🙂

For GoVolDot I needed a way to describe precise sequences of events across a long timeline. I could not at the time come up with a way to build that into Godot quickly, but for whatever reason I thought a Google spreadsheet might be ideal for this and it’s immediately available!

I could embed metadata about each spawned enemy behavior/look in its cell using this smooth-brain format: bandit:edir=-45:vel=[-80 0]

This then gets dumped into a CSV file… yes.. into a specific path.

Then from there a constantly-running python script watching for any mission file changes, detects the change, parses the CSV and throws it into a GDScript file.

Then the game parses the actual CSV data at runtime and turns them into game events.

As hilariously complex as this spread-editor was, it actually worked and once all the moving parts were in-place I forgot it was there. So I consider it a win 💃

Did I already mention I wanted to turn parts of GoVolDot into 3D sequences? yeah, I’m glad I didn’t dive into that hole.

In GoVolDot I used coroutines for enemies behavior (written a post about that), and it simplified things a lot. I re-used that approach as many times as I could! it doesn’t work with all types of behaviors though. I found that if behavior needs to change based on external events it’s better to just implement that using a traditional state machine to avoid having to pass around variables for the coroutine to check against.

I am happy with what I got at the end. This project has been on my mind since the day I had a “real” computer as I used to call x86 PCs when I was 19 years old.

And I gotta say, I’m really impressed with the level of depth and attention to detail this old game has! it’s beyond anything else I’ve had on my PC-6001 at the time and to imagine that the original developers created this game using Z80 assembly? and somehow managed to cram all required data and all those behaviors into 64KB!