This a self-contained cheatsheet I created for TIC-80:

And a hi-quality PNG: 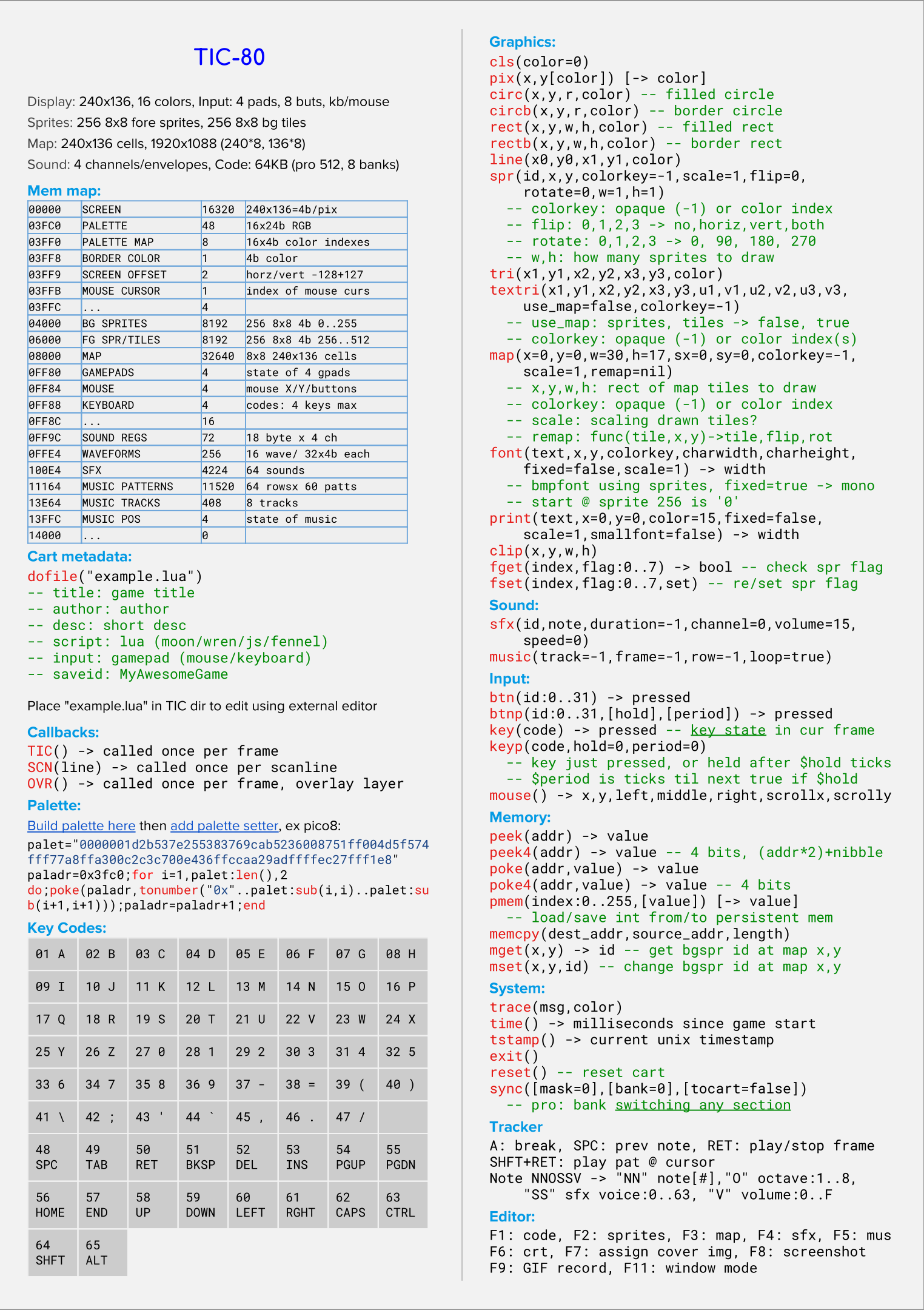 Resurrection and Game Off

I resurrected a bunch of old projects done for either fun or while job hunting:

This is a demo made to breath life into a mockup screenshot I found online. Don’t remember where I got the mockup from but I like the vibe :)

Demo is written using javascript/PhaserJS directly on the sadly-ruined-to-milk-for-money-by-amazon website Cloud9. I find it infuriating that rather than supporting the c9 platform and the growing community that used it for small projects, Amazon ate the service and now only allow using it through their hyper-complex-absurdly-massive AWS mess of enterprise stuff.

This is a simple shapes application written in Typescript/Angular. It lets you: create/delete shapes, select and transform existing shapes, and saves everything by default so if you refresh the page it should restore your scene.

This is a demo to try to imitate Super Mario Bros character controls as close as possible. Written using Typescript/PhaserJS in Cloud9 (when it was usable). I didn’t intend for it to be a full game.

Through October, myself and my brother worked to remaster an old game of mine, Zamron Encounter. We had two goals:

Technically the re-master is 95% done, there are two bugs left to resolve (albeit tricky ones) and we can re-release a much better version of Zamron.

Artistically, my brother finished level art and a bunch of other stuff. Still working on monsters and player textures.

There is a larger goal to eventually start a new project to remake Zamron from the ground up using a modern engine into a full product. The re-mastering effort serves two purposes: having a usable prototype to base the remake on, and developing a work pipeline between us two.

Will talk more about Zamron’s remaster progress in the future.

Here’s a sneak peek for what we currently have:

Currently working on: Game Off 2019

Game Off 2019 is a relaxed 30 days game jam that just started a few days ago that me and my brother are participating in. The theme for this one is: Leaps and Bounds. So far we have a few concepts in progress and I hope by next week we’ll be able to show some progress.

A while ago I used a simple benchmark to very roughly compare performance on multiple platforms: PC-6002 vs 80s Computers Benchmark and got some interesting results.

Recently I got a Raspberry Pi 4 and wanted to figure out how its new CPU compare to other platforms so I went back to that simple benchmark I used, scaled it up by 1000x and used it in many different ways on many different devices and platforms. I think the results are noteworthy :) but it’s still just for fun, this is by no means a benchmark that should be taken seriously.

Here are the systems I ran simplebench on:

Here are the runtimes I used to run the benchmarks on:

I wanted to put minimal time into this so I didn’t try to run everything on every platforms, just what’s easily doable.

For each measured time, I ran the simplebench script/binary more than 10 times and took the shortest achieved time:

CPython is so incredibly slower than everything else which comes as a no surprise, some of my old CPython/PyGame games struggled to hit 60 fps on laptop processors at the time without some sort of just-in-time compilation thrown in (back then I used Psyco)

Pypy runtime (which is a decendent of psyco, full jit compilation) is impressively quick in comparison to CPython, it almost matches mono actually, it’s a surprise pypy hasn’t become the dominant python runtime yet! I think it ought to be.

As expected, lua is very fast for a fully interpreted language. I wish CPython was closer to that.

The anomaly here is NodeJS which uses the excellently optimized Google V8 engine. Not only did it match but actually surpass native C++ performance on several platforms. I have no explanation other than blaming it on timer precision? but I’m not surprised its performance is that good as it not only runs 100% of the web, but a growing list of desktop/mobile applications like this very editor I’m using to write these words now.

It’s worth noting that the startup time when running node simplebench.js is almost as slow as compiling the C++ version. This indicates some hardcore jit compilation taking place before actual execution of the script starts.

Godot’s GDScript is not as bad as I thought it’ll be, about 2x CPython. Alone it would make Godot a terrible solution for bigger games, but luckily Godot allows C++ modules to be used for critical bits and Mono/C# support is almost ready for prime time. I’m hoping at some point in the future they decide to reimplement GDScript to compile to Mono in the future.

Weather not being so nice through this weekend with an upcoming quick 2 weeks vacation where it’s summertime, I thought I’ll do a fun indoors thing on Saturday.

A while ago I set up TIC-80 on NVIDIA Shield TV and hooked up a bluetooth keyboard and mouse, the idea is to do some light gamedev directly on the TV while chilling on the couch. It’ll be like the most relaxed form of development possible :)

I thought I’ll try something very simple, a minimal tetris written as straight forward as possible was what I went with. I enjoyed it thoroughly and how easy and fast developing it on lua was. It only took me a few hours to finish covering all features I wanted. I think this might be the fastest game I’ve ever finished to date! 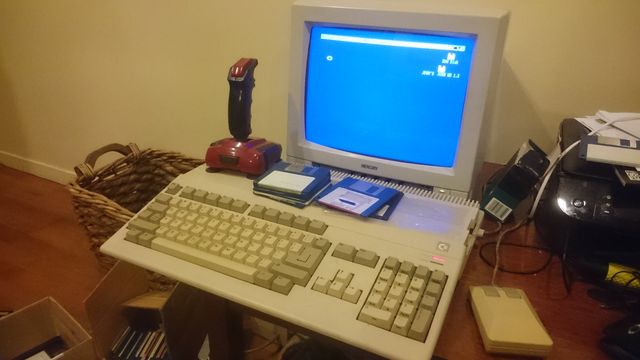 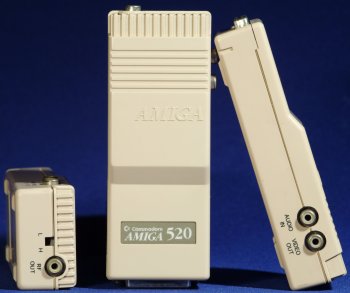 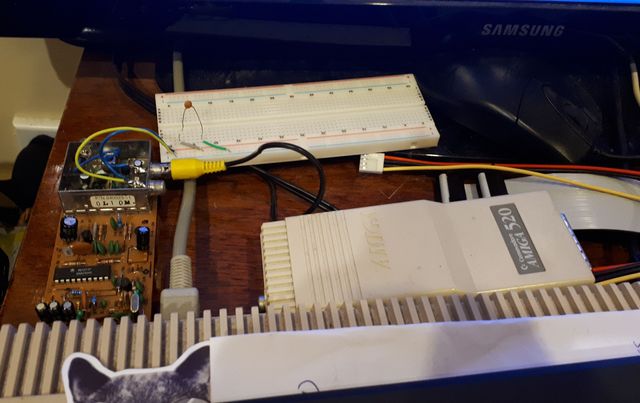 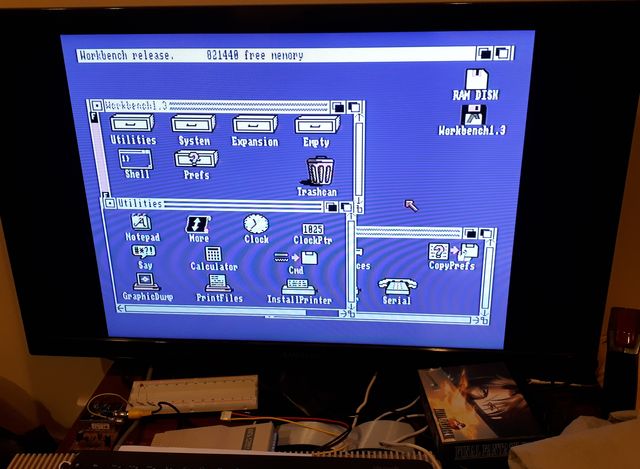 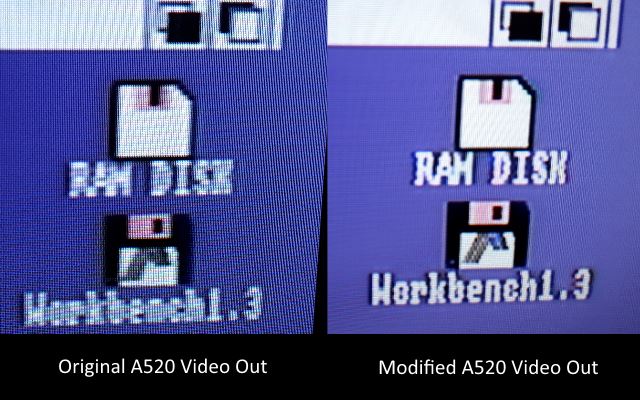 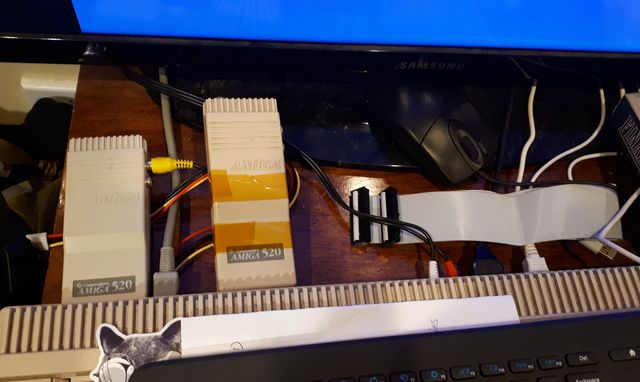